With an increasing complexity of disputes and high sums of money involved, the number and volume of submissions and exhibits have exploded, sometimes to a previously unimaginable level. How is the receiving side – the arbitrator – dealing with this complexity problem, in particular in situations where parties entrust such complex and high volume cases to arbitrators who have decades of experience, have seen it all, but have to start paying their tribute to declining health and mental vigor?

This lecture deals with the appointment of an ailing arbitrator, either unintentionally or as a very subtle guerrilla tactic, and the subsequent consequences. The consequences might be a delay or even an obstruction of time- and cost-efficient arbitral proceedings or an outcome that might be subject to legal recourse under Art. V of the New York Convention. The speaker discusses the phenomenon of the ailing arbitrator in light of case law and arbitration practice as well as in light of the regulatory framework to prevent the appointment of arbitrators who are physically or mentally unfit or allow for their removal from the arbitral tribunal.
The speaker, however, who has already secured his tickets for the Rolling Stones 60th Anniversary Tour, also warns about stereotypes to be avoided when dealing with elderly arbitrators (and Rock’n’Roll musicians) and any attempt to cynically use any such stereotype to question unfavorable arbitral awards by blaming them on the alleged unfitness of an arbitrator.”

Dr. Stephan Wilske is a Partner with Gleiss Lutz in Stuttgart. He advises national and international clients on arbitration and cross-border litigation. Stephan Wilske has extensive expertise in (both domestic and international) arbitration with a special focus on project-related disputes, post M&A disputes, joint ventures, investment arbitration proceedings and general business law. He regularly speaks and publishes on arbitration related topics and is not afraid of taking-up unorthodox or uncomfortable topics.

Corona restrictions: 2G+ rules apply (i.e. participants must be vaccinated or recovered; additionally, they must have a certificate of a negative result of an antigen test; however, persons who have already received their third jab (booster) do not have to submit a test result). 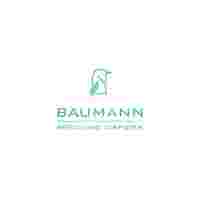