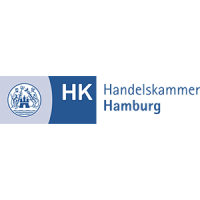 The Court of Arbitration of the Hamburg Chamber of Commerce has a tradition which goes back centuries. The appeal and quality of this independent arbitration institution are as valued today as ever. Being fair, even when there is dispute, has always been the business tradition which continues to be observed in Hamburg and which makes the city so prominent as an arbitration location.

The Hamburg Chamber of Commerce is located right in the centre of the Hanseatic City. Its Court of Arbitration specialises in both domestic and international proceedings. More than half of proceedings carried out since 2002 have involved at least one foreign party. The Court of Arbitration has published procedural rules which meet international standards. The rules are concise and easy to understand, comply with current national and international legal developments and, naturally, have been published in several languages.