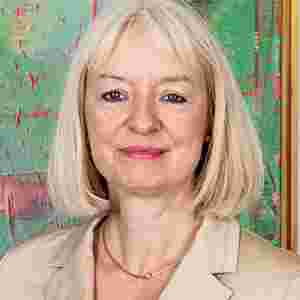 Susanne Perker works as a lawyer as well as a mediator, systemic conflict manager and coach and has been mediating a large number or business and family conflicts from succession problems in family run businesses,b to b conflicts and shareholder disputes to divorce and inheritance problems. She organized further education in mediation for several years and is lecturing on mediation in various institutions and has given a large number of live mediation sessions in the Handelskammer Hamburg.

Susanne Perker has completed her legal studies at the University of Münster and has gained her Docorate with a thesis on English Insolvency Law in comparison to German Law. She researched for one year in London i.a. at the London School of Economics and did serveral stages at London solicitors firms.

Since 1993 Susanne Perker has been working as a lawyer in the area of competition law, corporate law, litigation, insolvency law as well as family and inheritance law. For 4 years she was working in the insolvency team of Philipp Holzmann AG and was reponsible for liquidating 500 ARGEN (main construction projekts). Susanne Perker was trained as a mediator since 1993 and has further education in systemic conflict management and business coching (2007/2008). She has been very actively promoting mediation and conflict management in Hamburg and has founded several institutions such as Hamburger Institut für Mediation e.V. (1995), Hamburger Mediationsstelle für Wirtschaftskonflikte bei der Handelskammer Hamburg (2000) and the Round Table Konfliktmangement und Mediation der Hamburger Wirtschaft (2010).

Susanne Perker is married and has three step-children as well as several step-grandchildren and one daughter.